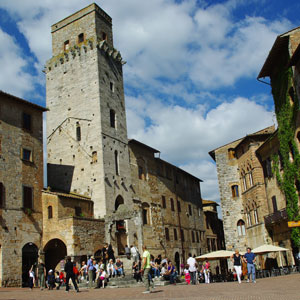 San Gimignano is the town of beautiful towers. It was established on a hill by a small Etruscan community around the 3rd century BC. 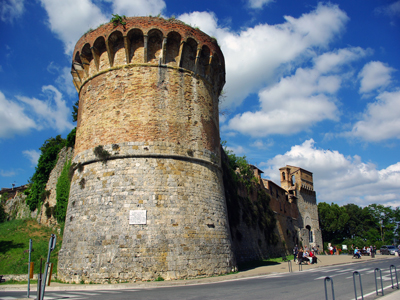 During the Middle Ages San.Gimignano became a commercial nerve centre thanks to the Via Fracigena that passed through it.

It took S.Gimignano name from the bishop who saved it from the barbarians around 900 A.D. and successively became well-known and important thanks to the great concentration of artists of the epoch who decided to settle there.

There is still the proof of the many works of art that decorate the churches and convents. 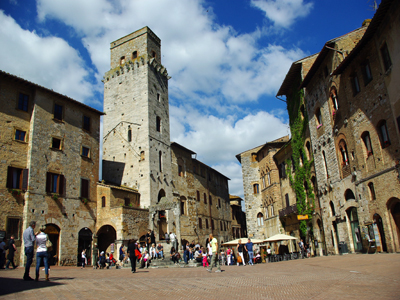 Only in the following centuries the ancient walls and cultural beauties were rediscovered and re-evaluated.
They can still be admired in this wonderful Tuscan village.

San Gimignano is visited by tourists from all over the world.

They are fascinated by its centre and architecture that still boasts 14 of the 72 towers that in ancient times were protected by a law that prohibited their demolition if more beautiful ones were not built to replace them.

We must remember the Rocca di Montestaffoli from where an unforgettable view can be enjoyed from its last remaining tower.

Among the artists who lived here we must remember Giuliano and Benedetto da Maiano who directed the Renaissance construction of the Chapel of Santa Fina and the Master Domenico Ghirlandaio who gave a narrative tract to Florentine painting while Antonio del Pollaioli carried out the work of art, in 1843, which is preserved in the Church of Sant'Agostino.